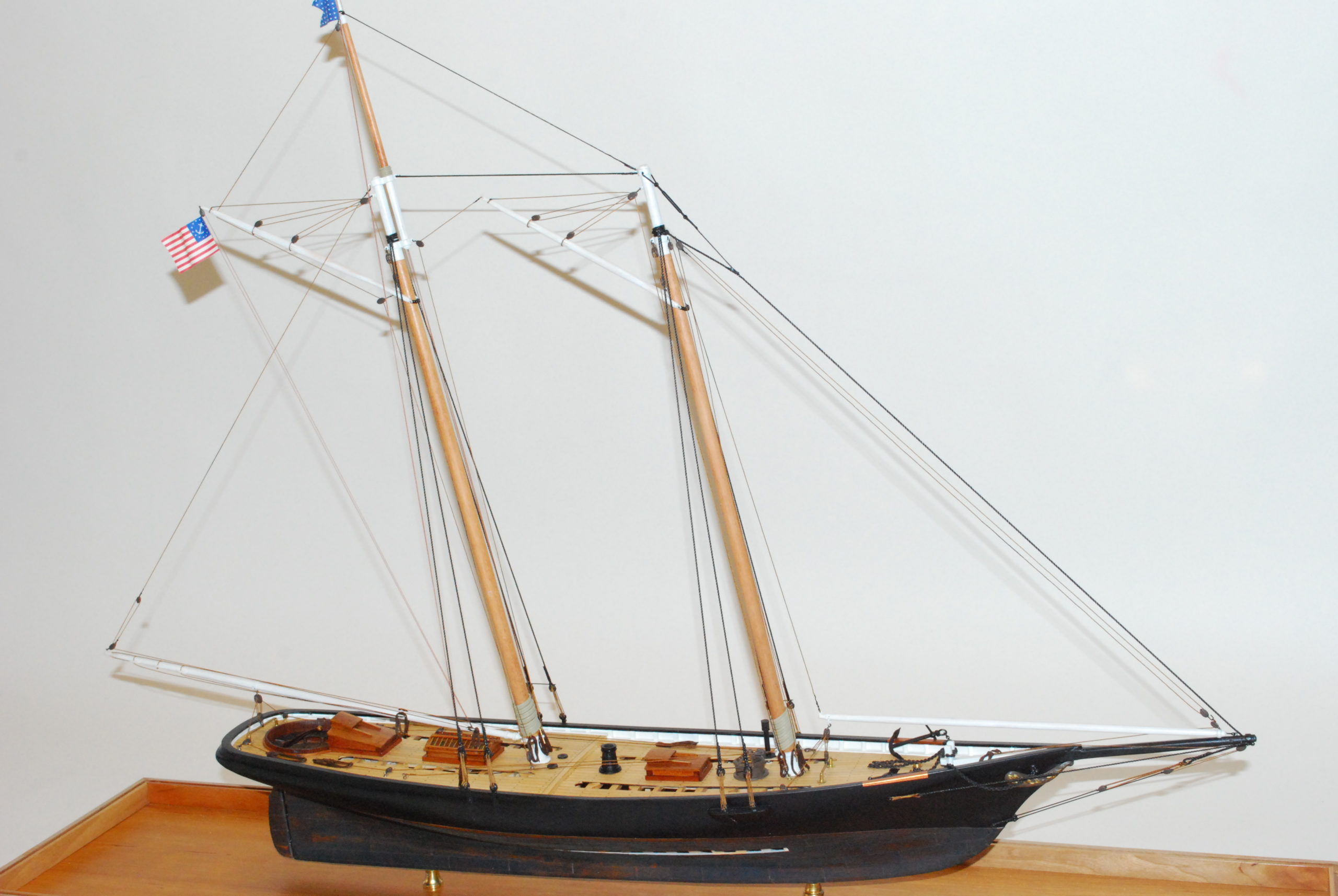 America, 1/4″ Scale | The yacht that started it all in 1851. After being launched in New York, in 1851, the yacht America crossed the Atlantic to challenge the entire fleet of England’s Royal Yacht Squadron. Winning, she was awarded a silver trophy that was to become known as the America’s Cup, the most cherished prize in the world of sailing. Bluejacket’s kit, for advanced builders, allows the modeler to satisfy his own imagination and creativity, such as omitting some of the exterior planking to display the meticulously detailed interior framework of this fine plank on frame model. It is important to note that some pictured items may have been built with optional items not included as part of standard kits, such as pedestals, bases, cases, paint, etc. If there are any questions about the contents of a particular kit, please contact Bluejacket.