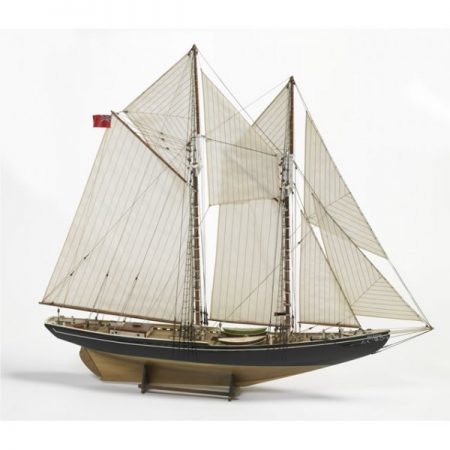 Scale model of a schooner from the year 1929.

The schooner Bluenose has a very special place in the history of navigation and yachting. Built to fish off the Newfoundland coast, the ship soon turned out to be such a fast sailer that she won all the great classical regattas along the USA’s Eastern coast. She was built in Nova Scotia in 1921, and shipwrecked near Haiti in 1946. A true copy – Bluenose II – was launched in 1964.