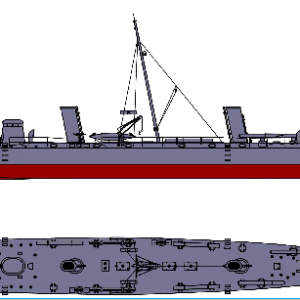 The USS Winslow was an innovative design that featured the use of self propelled torpedoes and super maneuverability as her primary means of attack during the Spanish American War. The Foote Class vessels have been considered by many to be the forerunner of the WW-2 US American destroyer.

The Winslow was designed using actual plans from the National Archives and includes custom designed photo etch parts, cast resin and metal parts, decals, and computer illustrated instructions. This kits contains more than 120 parts (mostly photo etched) and is dead accurate from her hull and superstructure design sown to her torpedo cranes.