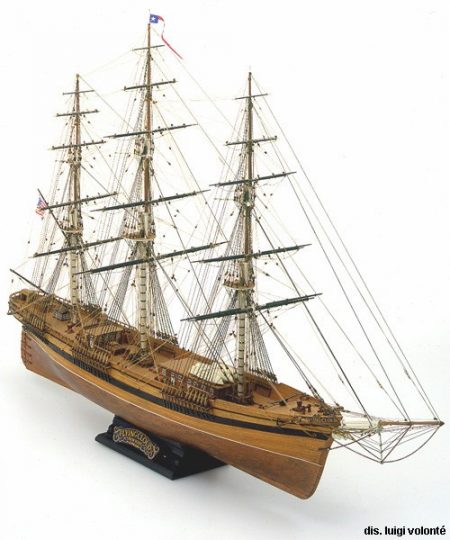 The clipper appears in the U.S.A. about 1820. It is the last stage in the evolution of the sailing ship and it satisfied the demand of the American merchant class, who has realized that the future of trade is on the sea.

The American builder create quite a new ship, without imitating schemes and models of the old continent and they obtain immediately such results as to influence the world shipyards techniques.

Flying Cloud, the masterpiece of builder Donald McKay, was built at East Boston in 1851.

It acquired a high reputation during the “Gold Rush” in California, making the passage from New York to San Francisco in the record time of 88 days, 22 hours and 30 minutes, never equalled so far.

Be the first to review “Flying Cloud by Mamoli” Cancel reply