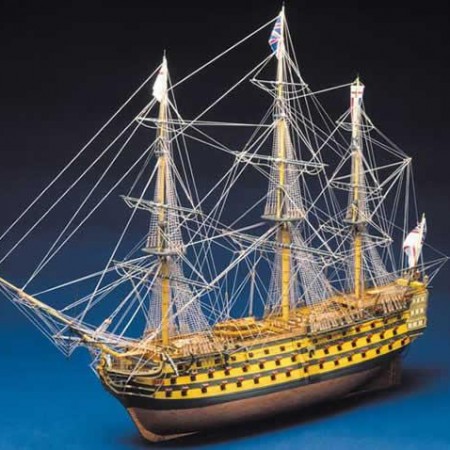 HMS Victory stands today as the world’s oldest commissioned warship. Still manned by Officers and Ratings of the Royal Navy, the Victory has seen over 220 years of almost continuous naval service.

Best known for her role in the Battle of Trafalgar, the Victory currently has a dual role as the flagship of the Commander-in-Chief Naval Home Command and as a living museum to the Georgian navy.

In 1922, amid fears for her continued survival, the Victory was moved into Portsmouth’s Royal Naval Dockyard and placed in No2 Dry Dock. Work then began on restoring the Victory to her ‘fighting’ 1805 condition.

The Panart kit builds up into a fine model of the flagship to Admiral Lord Nelson.

Be the first to review “Panart HMS Victory” Cancel reply