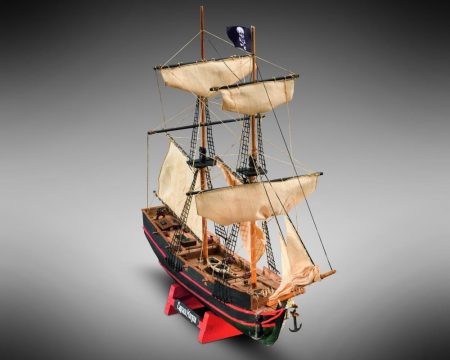 It was the typical brick of the XVII century, whose name derived from the most famous pirate: Captain Henry Morgan. He was born in En­gland and taken as a slave to Barbados where he joined the Jamai­can buccaneers taking part in various expeditions against the Spaniards in the Antilles, distinguishing himself by his courage. He was elected admiral of the corsairs, and in 1669 he defeated the Spa­niards in Maracaibo and Panama. He was then appointed Commander-in-chief of the English navy in the Antilles and, granted the title of Lord Vaughan, he became vice-governor of Jamaica.

Scaled fittings include metal parts, cotton rigging and silk-sreened flags. One to one plans and simple instructions make these an easy 15 to 20 hour kit.