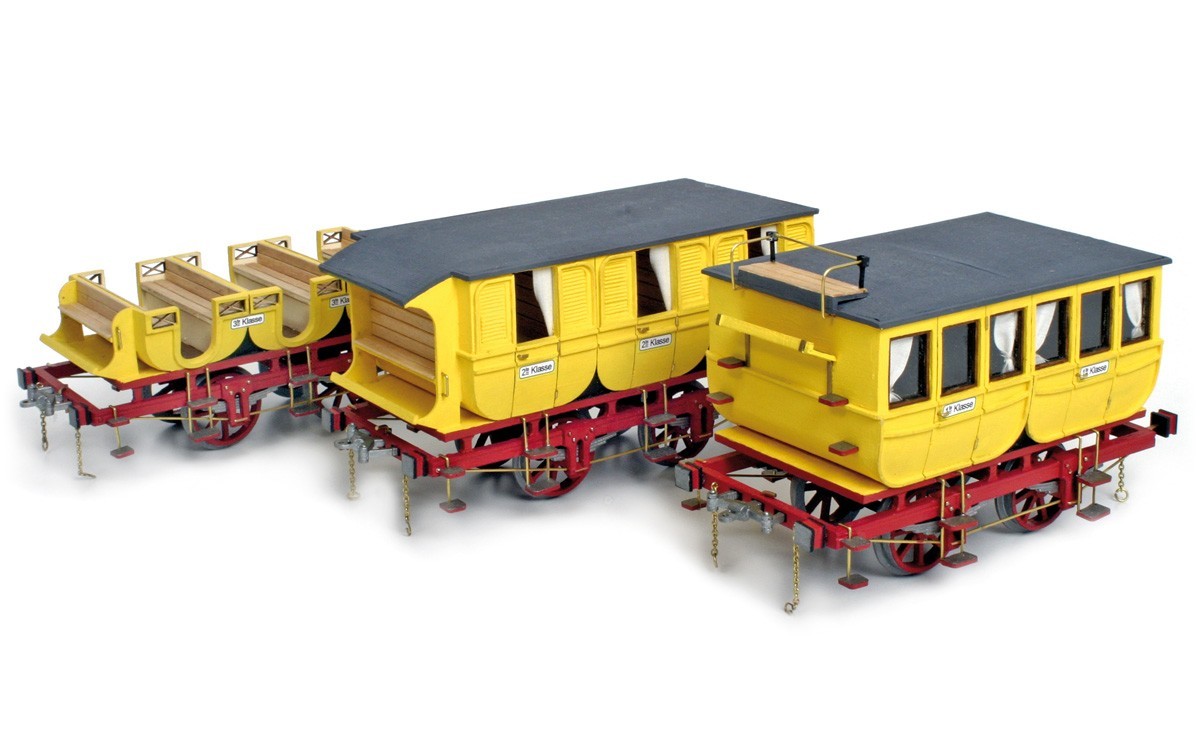 OC56001 OcCre Adler Coaches
This locomotive, which was manufactured by Robert Stephenson & Co. of Newcastle, was shipped in pieces from Newcastle to the Port of Rotterdam, from there it was transported up the Rhine to Cologne, and from Cologne, with a great deal of difficulty, it had then to be transported overland to Nuremberg. When it finally reached its destination it was put back together at the workshops of Johann Wilhelm Spaeth.

The coaches were built in wood by local workshops.

On 7th December 1835 it completed its maiden journey from Furth to Nuremberg, along a line measuring 6.04 km in length.