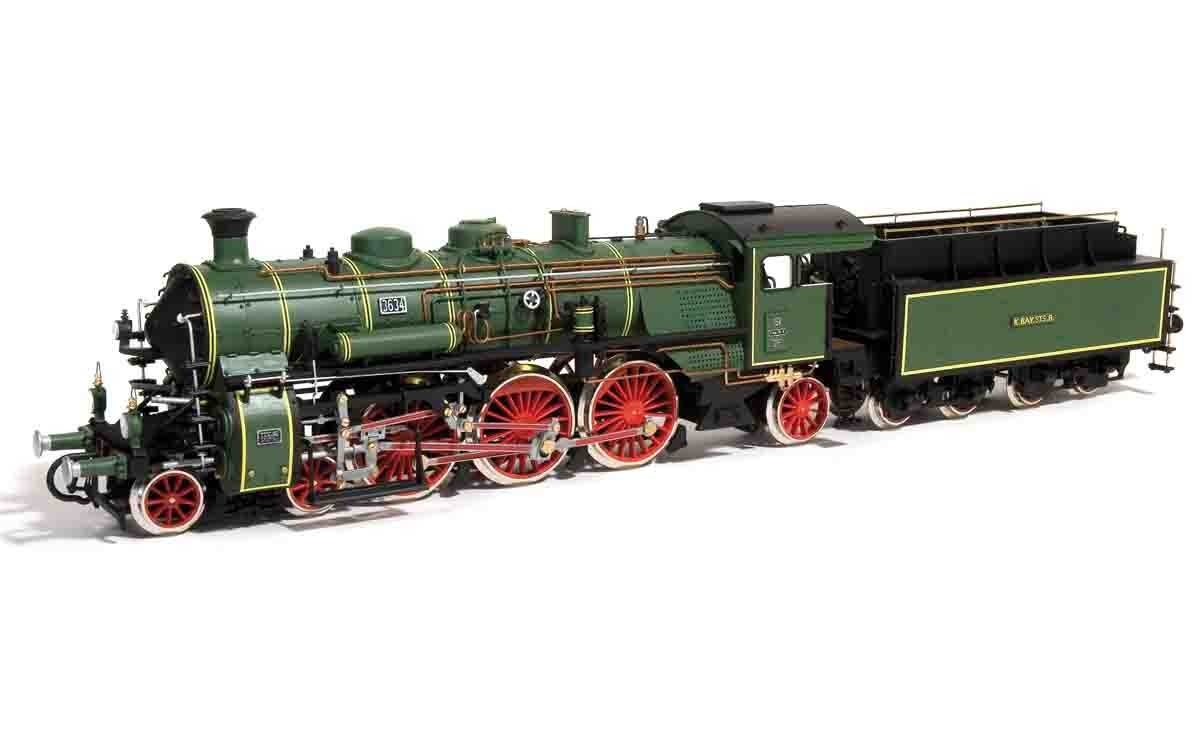 The BR 18.4 was designed and built at the J. A. Maffei workshops in Munich, with the first one being delivered on 16th July 1908.

The axle layout is of the “Pacific” type with large diameter wheels. At that time it was the biggest engine ever to be built by this manufacturer and is still considered “the most beautiful locomotive of the German railways”.

The S 3/6 performed excellently on long distance routes, in 1951 pulling a train of 150 tonnes over a distance of 180 kilometres, from Hamburg to Munich, only stopping to top up on water. The “S” is for “Schnellzuglocomotiven” (long-distance train) and 3/6 is the number of drive axles compared with total axles.

These locomotives were mainly used on long-distance lines in Bavaria, although they also pulled such famous trains as the Orient Express and Rheingold, the Ostend-Vienna Express or the Paris-Carlsbad-Prague Express. Multiple variations were applied throughout this locomotive’s history, mainly in terms of the cab, boiler and engine mechanisms.