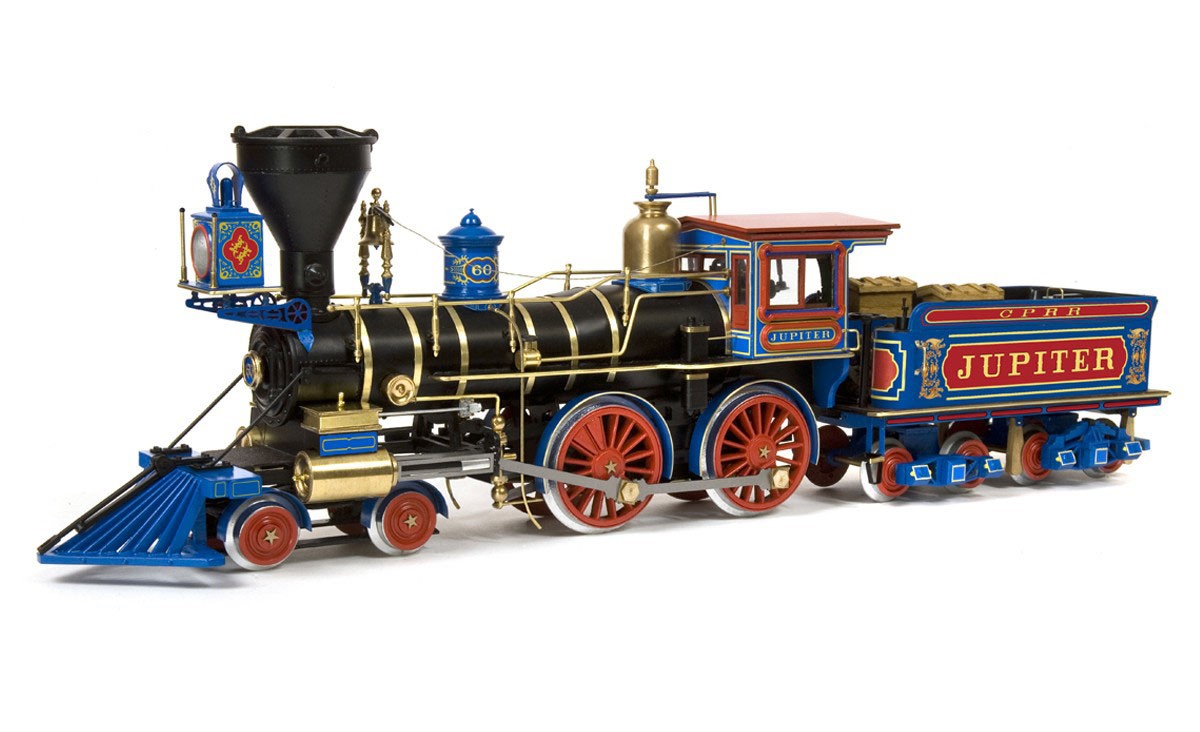 The Jupiter was an American locomotive of the 4-4-0 type and is historically very important because of the role that it played in the first American transcontinental railway line.

This train was owned by the Central Pacific Railroad and was built in 1868 by the Schenectady Locomotive Works of New York, along with three other locomotives: Storm, Leviathan and Whirlwind. The Jupiter weighed 65,400 pounds and had 60 inch driving wheels and cylinders measuring 16 by 24 inches. The Jupiter was a wood-burning locomotive and generated a traction force of 10,790 pounds.

Currently, an exact replica of the locomotive Jupiter, is located in the Golden Spike National, at Promontory Summit, Utah. It is famous for being considered the place where you completed the first transcontinental railroad in the United States.