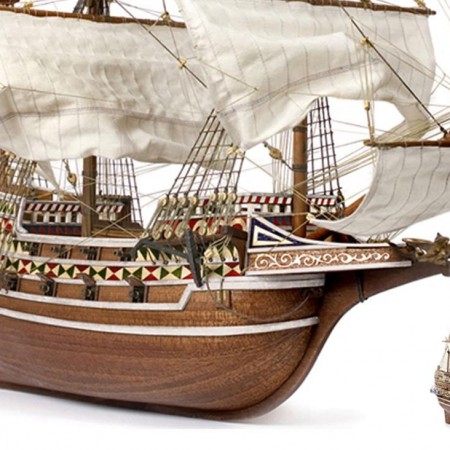 Revenge was an English galleon built by Sir John Hawkins in the shipyards of Deptford in 1577. The design had some special characteristics. The ratio between the length and the breadth was narrower, forecastle and sterncastle smallers than typical galleons with low freeboard. These features provided better artillery stability.

Under Sir Francis Drake’s command participated in several battles. As an integral 1590 Frobisher expedition against the Indian fleet,he was captured as war booty. A terrible storm sank Revenge on his trip to Spain.