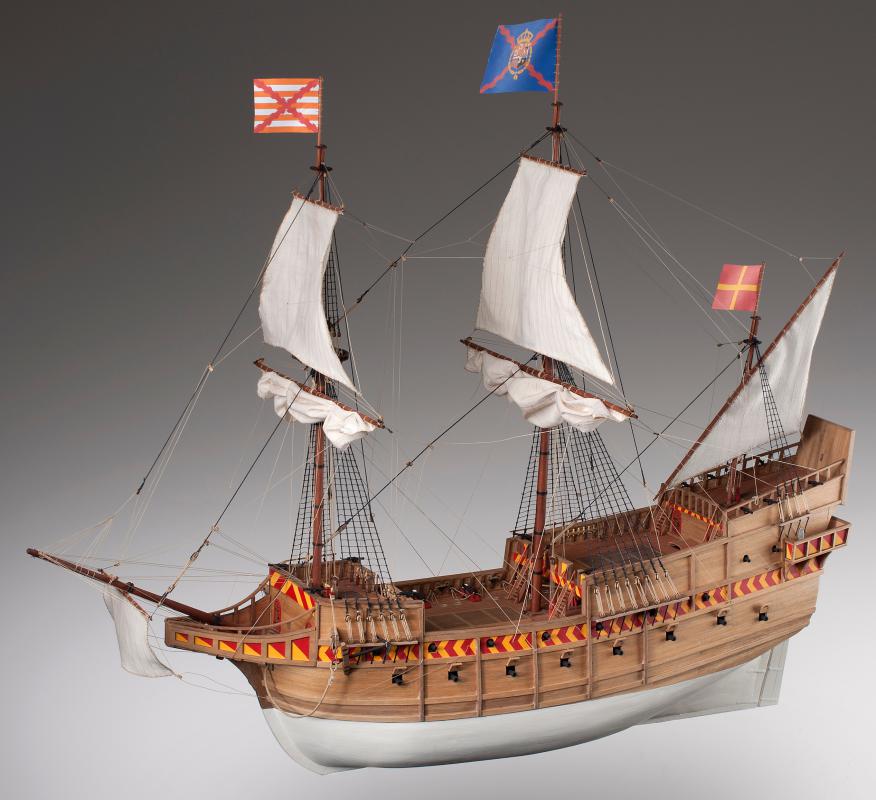 The San Martin was flagship of famous Armada Invencible (Invincible Fleet) under the command of the Duke of Medina Sidonia in 1588. San Martin sustained heavy damage in the battle of Gravelines by a group of English ships. The San Martin was originally built as a Portuguese galleon Săo Martinho in 1580. There are no available original plans or construction drawings of the San Martin but it is supposed that the ship was about 180 feet long and had about 1000 tons displacement. She carried 48 guns of different calibres.