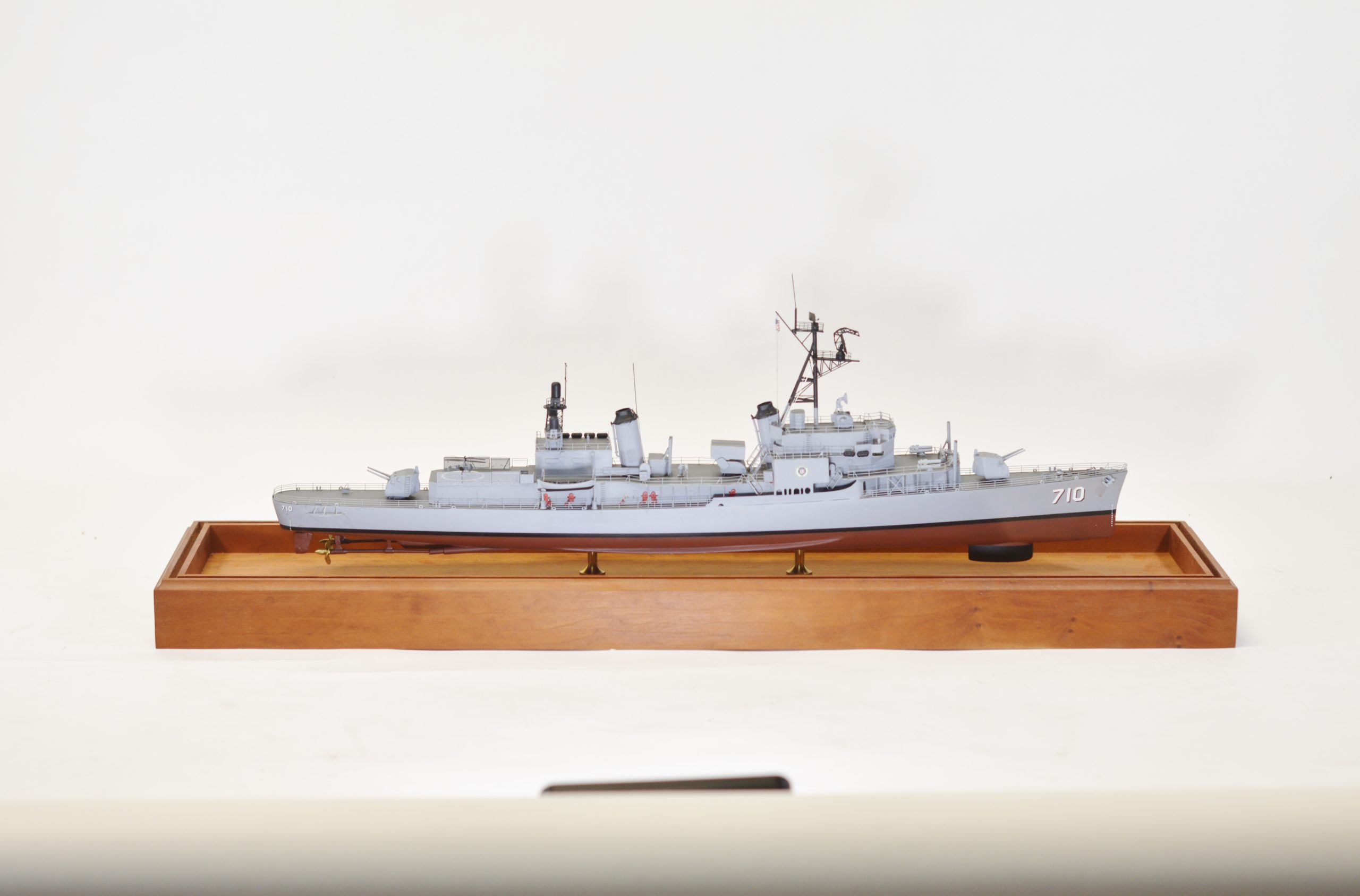 U.S.S. Gearing, DD-710 | FRAM I, circa 1961. During the early 1960s, in the midst of the Cold War and the perceived threat from the Soviet nuclear armed submarines, the US Navy created a program to update the fleet to respond to this new threat. The update program was known as FRAM, Fleet Rehabilitation and Modernization. One of the first classes of destroyers to undergo the FRAM program was the Gearing class. Essentially, what was done was to totally redesign everything on the ship, from deck on up. To meet the new submarine threat, two entirely new weapon systems were a prime feature of FRAM 1. The first was DASH, Drone Anti-Submarine Helicopter (unmanned), which was designed to carry torpedoes. The second was ASROC, Anti-Submarine Rocket (rocket propelled torpedoes). Major deck modifications were required to accommodate these two new systems, including the elimination of one of the 5″ twin gun mounts and all of the 20 and 40mm anti-aircraft guns. Additionally, sophisticated electronics and radar were installed. Like Bluejacket’s WWII Gearing kit, this kit is also not only absolutely historically correct, it employs the most modern kit building methods and materials, utilizing a carved solid hull, laser cut wood, etched brass, Britannia fittings, detailed instructions, and Al’s incredible plans. Because of the amazing amount of detail, this kit is recommended for very experienced model builders. It is important to note that some pictured items may have been built with optional items not included as part of standard kits, such as pedestals, bases, cases, paint, etc. If there are any questions about the contents of a particular kit, please contact Bluejacket.