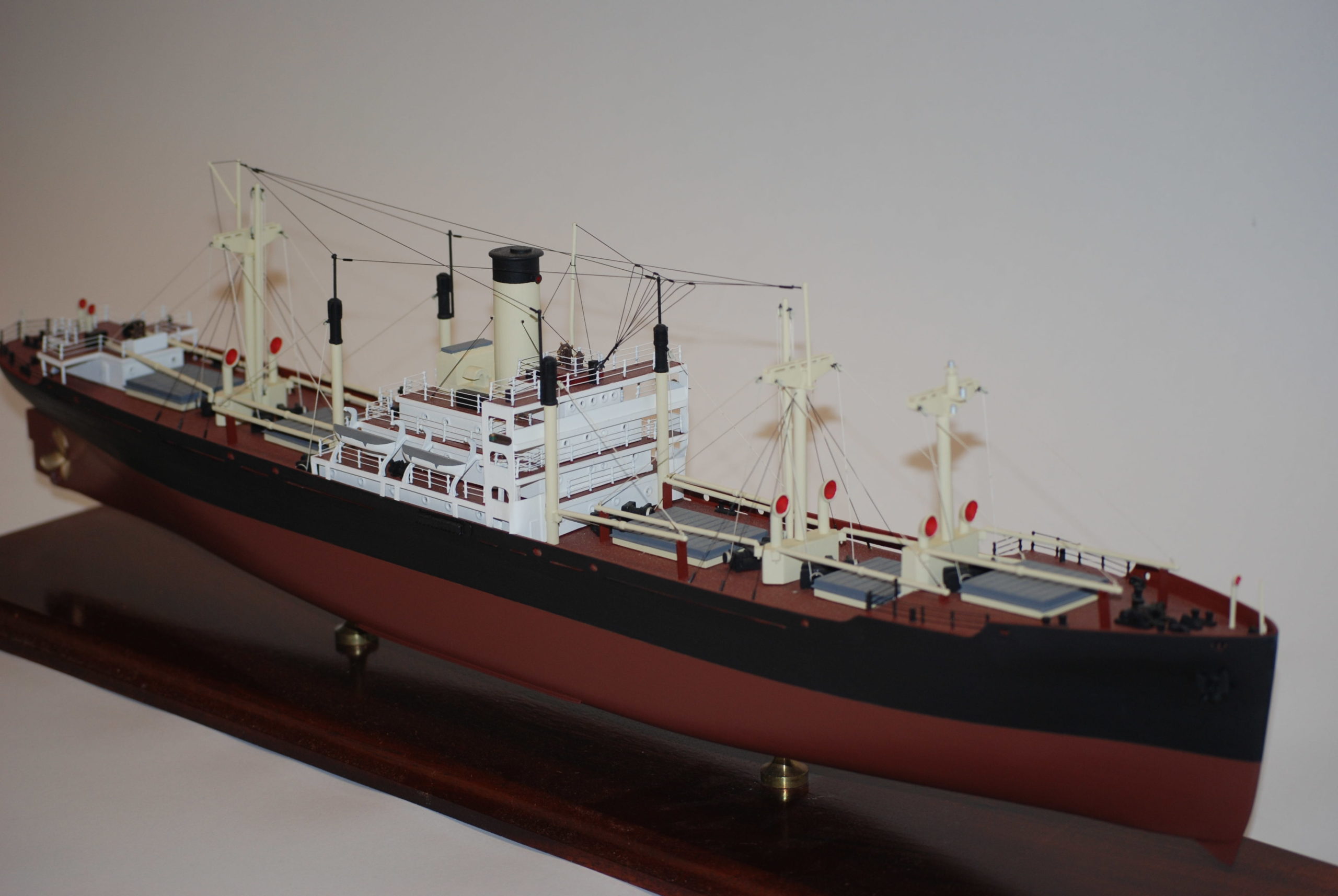 Victory Ship | Mid 1940’s. Victory Ships made their appearance late in WWII and were designed to replace the Liberty Ships which were created as an immediate response to the emergency. Larger and equipped with more powerful, modern engines than the Liberty Ships, more than 500 were built. Victory Ships formed the backbone of the post-war U.S. Merchant Marine. The intermediate to advanced modeler will create an unusual and beautiful model cargo ship from this kit. It is important to note that some pictured items may have been built with optional items not included as part of standard kits, such as pedestals, bases, cases, paint, etc. If there are any questions about the contents of a particular kit, please contact Bluejacket.