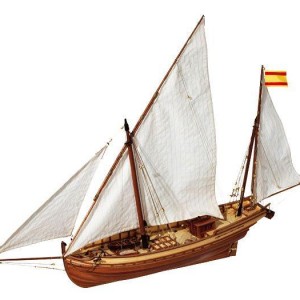 Following the War of Independence, after Spain had lost her American colonies, merchant marine ships all but disappeared from the peninsula, leaving only small coastal sailing boats behind to re-establish the routes to the Antilles. Through the Royal Decree issued by Charles III, trade was re-opened with those colonies that remained faithful and it was the felucca San Juan (El Glorioso), that made the first voyage.