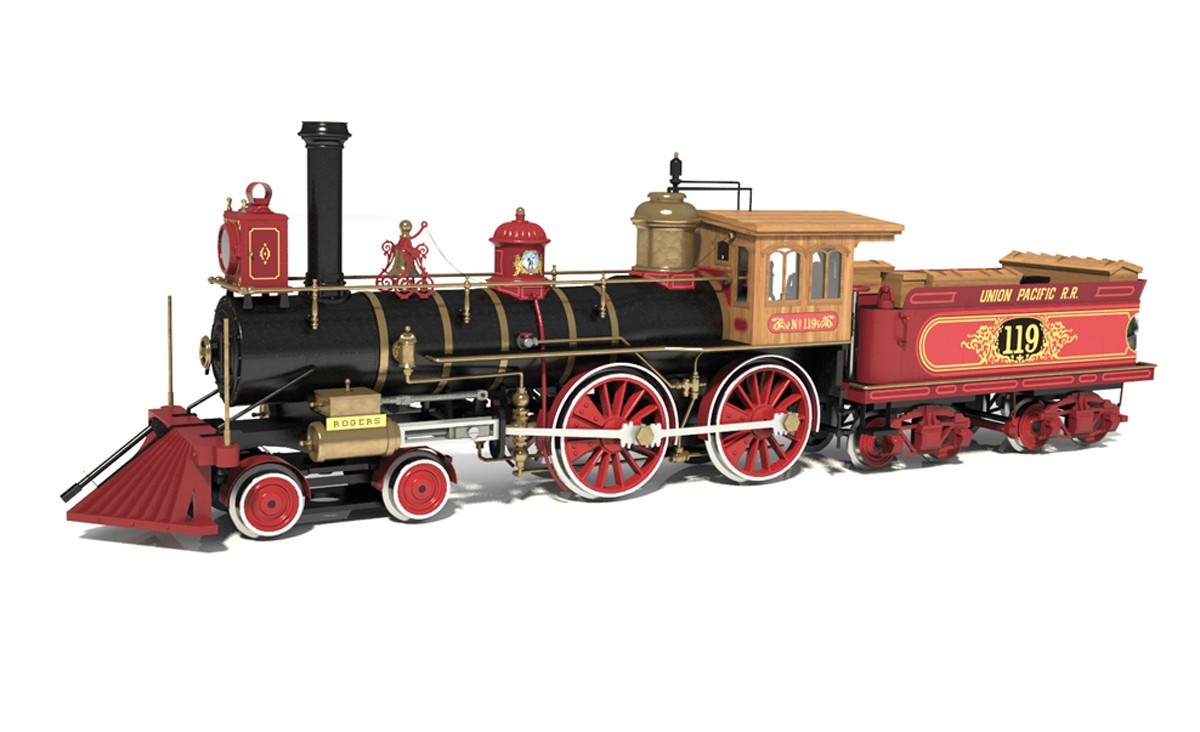 No. 119 was stationed in Ogden, Utah, when a call from Thomas C. Durant, traveling towards Promontory, alerting that it needed a locomotive. Incident akin to which came to pass to Leland Stanford and the Jupiter locomotive.

Durant special for the ceremony at Promontory. A grown River had dragged a few stands of “La Puerta del Diablo” bridge. The driver refused to cross the bridge with the locomotive for fear of it not aguantase the weight of the same, but if it agreed to cross the wagons. The bridge endured and wagons crossed successfully. But they were on the other side of the river and without machine.

It is advised to Ogden and the locomotive No. 119 was sent for the short journey to promontory, where is together with the Central Pacific Jupiter. The 119 continued as a burden, being reenumerada as the 343 locomotive. In 1903 it was scrapped by $1,000.

Spectacular model of the locomotive 119 supplementing a famous pair of locomotives along with the railway model Jupiter.